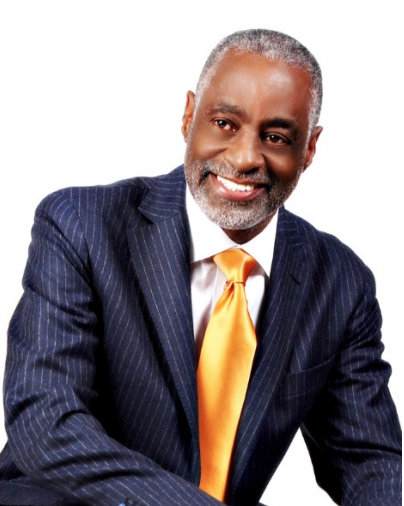 As Superintendent of Schools for the Town of Bloomfield, CT, James Thompson is recognized as one of the state’s
most respected educational leaders for his work in improving student performance and reducing the academic
achievement gap.
He has had a long and distinguished career in public education, as a teacher, vice principal, principal, assistant
superintendent and superintendent. Dr. Thompson has worked mostly in school districts where a significant
portion of the population was at-or-below the poverty level. Through his leadership, Dr. Thompson has led teams
that transformed low-performing schools into ones identified state-wide, regionally and nationally for academic
improvement.
For example, in 2011 Bloomfield High School was identified by the State Department of Education as one of the
lowest-performing high schools in Connecticut. In 2017, U.S. News & World Report ranked Bloomfield High as
one of Top High Schools in CT – #36. (There are about 350 public high schools in the state.)
During his tenure as principal, the Simpson-Waverly Elementary School in Hartford, CT received the national No
Child Left Behind-Blue Ribbon School award. In 2003, Simpson-Waverly was one of six schools recognized by the
U.S. Department of Education in its report: Learning from Six High Poverty, High Achieving Blue Ribbon Schools.
Dr. Thompson is highly regarded as a mentor, coach, and a builder of collaborative teams. He is the recipient of
numerous awards, including the 2018 Superintendent of the Year and the 2016 Man of the Year by Connecticut’s
African American Affairs Commission. Dr. Thompson was also recognized by the CT NAACP as one of 100 Most
Influential Blacks in Connecticut.
He was named Administrator of the Year in 1995 and 2004 by both the Hartford Principals and Supervisors’
Association — and the Hartford Public Schools.
Dr. Thompson received his Master’s Degree in Urban Education from the University of Hartford. He earned his
Doctor of Education Degree in Educational Leadership from Nova University in Fort Lauderdale, FL.
After graduating from Hartford Public High School, Dr. Thompson received his Bachelor of Science Degree in
Elementary Education from Fayetteville State University in North Carolina. Upon completion of his undergraduate
studies, he returned to Connecticut and began his career as an elementary school teacher in Hartford.