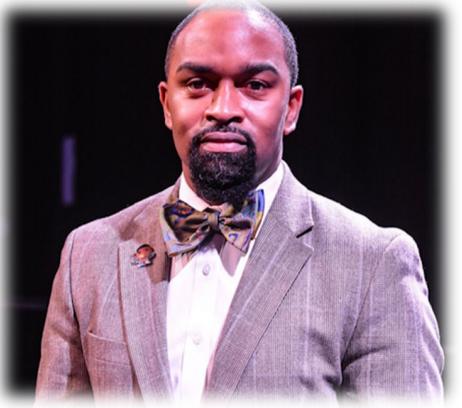 Jesse J. White III, was born in the North End of Hartford, CT to Jesse J. White Jr. and Lorraine White. He has been
involved in various areas of you education since his youth.
He is married to one wife Sister Walidah V. White and the father of two children, Sister Savannah Lilly White and
Sister Sarah Belle White. He has one brother Joshua B. White and Sister-in-law, who reside in the Delaware area.
He is a graduate of Sacred Heart University where he graduated with a Bachelor of Science in Biology. While at
Sacred Heart University, Mr. White founded UMOJA, which is the Black Student Union of Sacred Heart University.
He is also an alum of Albertus Magnus College where earned a Master’s of Arts degree in Leadership.

In 2001, Mr. White became employed by the Bloomfield Public School system. As a teacher at Carmen Arace-
Middle School, Mr. White excelled as a Science teacher, and annually improved student scores on the

Connecticut Mastery Test, realizing a 14% increase in student Science achievement scores. Mr. White also served
as a Team Leader, a teacher mentor, the intramural sports facilitator, and sports coach. Mr. White has
contributed to the least fortunate of the Bloomfield community through the organization and implementation of
the annual student vs. staff basketball fundraiser and food drive. In 2007, he was awarded the honor of
becoming Bloomfield’s Teacher of the Year. In the same year, he was awarded the National Association of Black
Accountants (NABA) Hartford chapter’s first Educator of the Year Award.
Mr. White has served as the School Improvement Specialist for Bloomfield High School. During his first year as
School Improvement Specialist, the school’s scores on the Connecticut Academic Performance Test improved
dramatically, earning recognition from US News and World Report. He has co-authored the district’s teacher
evaluation system and done work with improving the climate of Bloomfield High School. He was also the Teacher
Evaluation coordinator for grades 7-12. Mr. White has served as Principal of Metacomet Elementary School in
Bloomfield. He is currently principal on Assignment at Bloomfield High School, where he oversees math, science
and the Harris Agri-science and Technology Center. He is a member of Alpha Phi Alpha Fraternity, Inc. where he
serves as the Director of Educational Activities for the Beta Sigma Lambda Educational Foundation in Hartford,
CT. He is a member of the Association for Curriculum and Development (ASCD), and the Black Leaders and
Administrators Consortium, Inc.
Mr. White holds a Sixth Year Certificate in Educational Leadership from Central Connecticut State University and
has completed the requirements to receive the 092 administrative certificate.