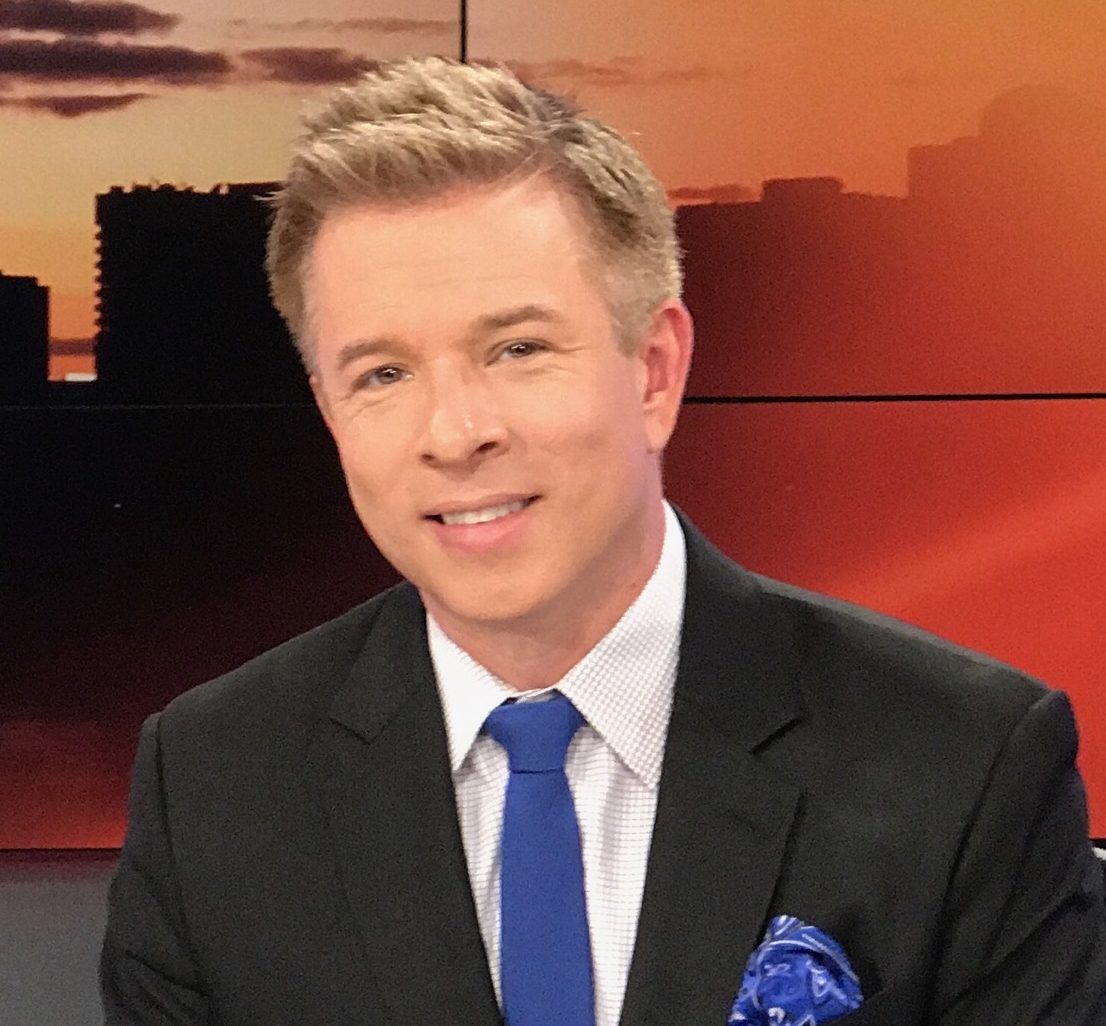 Rafer Weigel is currently the morning show anchor for Good Day Chicago, 4 to 6 a.m. weekdays.  He’s gained national notoriety for being on the forefront of the Jussie Smollett story in Chicago and has won an Emmy for anchoring his coverage of the unrest in Ferguson.

Rafer comes from a long line of Chicago TV and radio personalities.  His late father, Tim Weigel, was an iconic sportscaster for decades in the Windy City, well-known for his eccentric wardrobe and his humorous bloopers segments called “Weigel’s Weiners”.  His grandfather, John Weigel, founded Weigel broadcasting and WCIU Channel 26 in the 1960’s.  That station was the only one in the country at the time that created programming specifically for an African-American audience, putting shows like “Soul Train” on the airwaves.

Like most on-air journalists, Rafer’s return home has been a route through many markets.  He recently was the main evening news anchor for the Fox affiliate in St. Louis.  Prior to that, Rafer dabbled in following in his father’s footsteps and covered sports for ABC 7 in Chicago.  His other positions includes stints as a sports anchor on HLN’s “Morning Express with Robin Meade” and as a news reporter in Sacramento and San Diego.  He began his journalism career in print with roles at the Chicago Sun-Times and Los Angeles Times.

Rafer’s family has always preached the importance of education.  He is a public school product on every level, graduating Dean’s List from the University of Illinois with a degree in Communications.