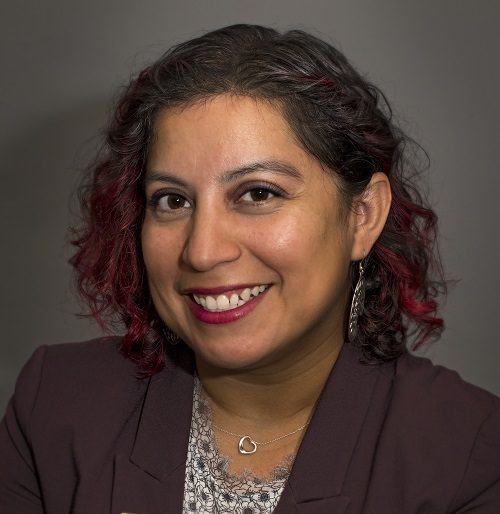 Benefits of Peer Mentoring During the High School to University Transition

Veronica I. Arreola is the program director for the University of Illinois at Chicago (UIC) Latin@s Gaining Access to Networks for Advancement in Science program. Funded through a US Department of Education Hispanic Serving Institution STEM grant, L@s GANAS works to increase the number of Latinx-identified science students who excel at and graduate from UIC. L@s GANAS offers a number of initiatives including transition coaching, peer mentoring and a research fellowship. In her previous role as director of the UIC Women in Science and Engineering (WISE) program, WISE was recognized with a Presidential Award for Excellence in Science, Mathematics and Engineering Mentoring.

Arreola is a respected member of the local and national feminist community. Her writing has been featured in the New York Times, USA Today, Bitch Media, and the Chicago Tribune. Media appearances include being highlighted in Ms. Magazine, an Emmy award winning feature on WGN-TV, NBC Nightly News, WGN-Radio and MSNBC. Arreola is a regular guest on Vocalo’s “The Morning AMp.”

Arreola’s honors include being named Woman of the Year by the UIC Chancellor’s Committee on the Status of Women and a Chicago Foundation for Women’s Impact Award. A die-hard Chicago Cubs fan, Arreola lives on the north side of Chicago with her husband, daughter, and their two rescue dogs. She holds a bachelor’s degree in Biological Sciences and a masters in Public Administration, both with concentrations in Gender and Women’s Studies.